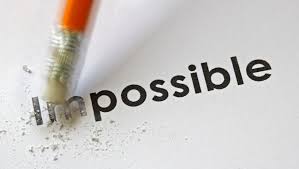 Frank Edwin “Tug” McGraw Jr., was a Major League Baseball relief pitcher and the father of country music singer Tim McGraw. He is likely best remembered for two things… recording the final out, via a strikeout, in the 1980 World Series, bringing the Philadelphia Phillies their first world championship… and his pithy quote…,

Have you ever wondered about the impact of belief, or the value of believing not only in what we do, but also in our own ability to do it?

Much has been written about these concepts, including well-known examples such as “The Power of Positive Thinking,” by Dr. Norman Vincent Peale, and Rhonda Byrne’s “The Secret.”

Here are a few more, possibly less-famous, perspectives on how our belief or conviction might enable us to achieve greater levels of persuasiveness, success or fulfillment:

In his book, “The Power of Self-Confidence,” Brian Tracy concludes that “the foundation quality of success in every walk of life is self-confidence.”

Tracy also shares examples and case studies, and suggests, “If you had unlimited self-confidence, you would be more powerful, popular and persuasive… you would be admired, respected and sought after… recognition and responsibilities would flow to you because of people’s belief in your ability to do what it took to get the job done.”

In his article “The Greatest Principle of Human Persuasion,” author and sales expert G. Harold McLeod identifies a person’s conviction as the most persuasive component of communication. “People are persuaded more by the depth of your conviction than by the height of your logic,” he says. “…more by your own enthusiasm than any proof you can offer. Put another way, people are converted not to your way of thinking; they are persuaded more by your way of feeling, your way of believing.”

In his book “The Art of the Solo Performer,” author and musician Steve Rapson explains that at one time or another even the most seasoned artists — whether they be musicians, actors, singers or speakers — are affected by nervousness or stage-fright, and that the most effective way of overcoming the affliction involves a combination of “preparation and conviction.”

These beliefs are not only important, but also contagious!

When we speak with confidence, which is fueled by our “belief” in the mission as well as our being prepared for each task, then other people will tend to buy-in… they will tend to believe and trust in what we’re sharing with them because of the quality of our message as well as the “way” in which we’re conveying the message… because of the way our message will impact both their minds and their hearts.

While belief is contagious, so too is the lack of it.

So, to make sure our overall confidence level is always at its peak… and to make sure that we inspire confident acceptance in others rather than doubt, we must be diligent in nurturing our own level of self-confidence and true belief in both our mission and ourselves. We can accomplish this by consistently reaffirming and “reminding” ourselves of the quality of our solutions, and by diligently preparing ourselves for each sales call.

If we master this, anything is possible!

Given that on-site programs can involve costly and disruptive travel and down-time, and that many sales teams are geographically-deployed, we have developed highly-interactive and effective methods of conducing remote training programs, which sales leaders and sales teams of all types and tenure levels have rated as national best.

People need development if they are to grow and succeed. Our virtual programming enables people to entertain fresh ideas, share best practices, and continually improve their skills without the need for costly and disruptive travel.

Watch both performance and engagement levels soar as your team refines their approach with a spirit of continuous improvement.

Our versatile facilitation services can help you organize and conduct dynamic events or meetings in which people are actively involved and engaged.

On-track discussions, innovative activities, action planning, and clearly-identified next steps are all part of our approach, which will help your functions take on a new level of effectiveness, saving time while enhancing the experience for all.

You can also opt for support with pre-event planning, which will help you to take an outside-the-box look at program structure and inclusions, and also help to ensure alignment with strategic goals and objectives.